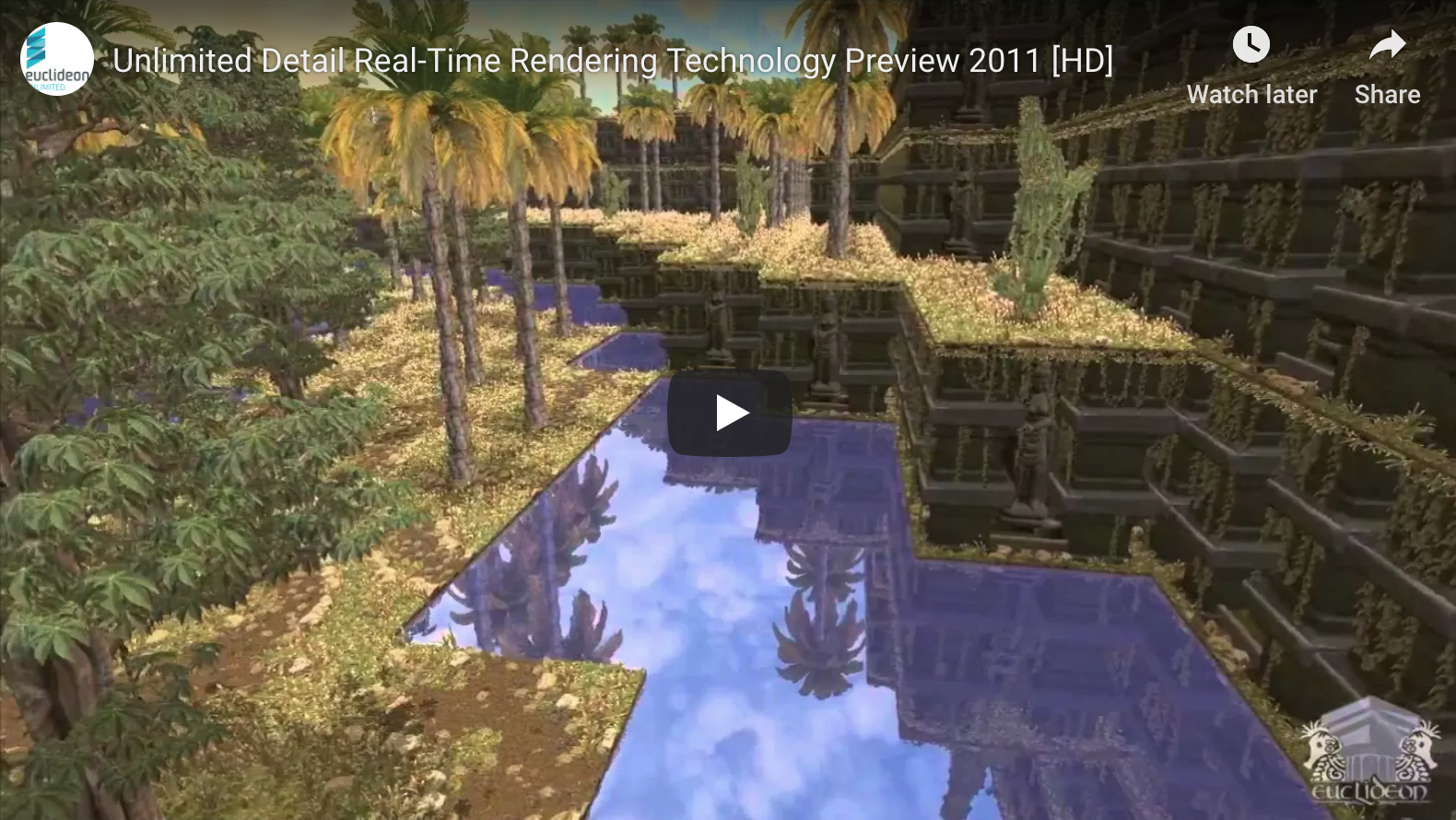 With a claim of “unlimited geometry,” an Australian start-up called Euclideon is getting serious industry and media attention, even though their product is not yet released. Their technology uses point-cloud data rather than polygons and, as a result, they promise digital environments that are 100,000 times more detailed than the current state of the art.

The new video demo looks impressive, but you still have dubious geeks who claim that it will never work. It’s being developed specifically for games, but there is potential for 3D design work as well.

SchultzeWORKS was founded in 1997 by Dave Schultze, an award-winning architect who decided to expand his design talents to include consumer electronics, housewares, furniture and lighting.

Thank you! Your submission has been received!
Oops! Something went wrong while submitting the form.